Föreningen Sambruk – Municipalities for Joint Development of e-Services – was the Swedish national partner for the sixth time for ALL DIGITAL Week.

ALL DIGITAL Week in Sweden is run by the

Swedish network organization ‘Digidelnätverket’ – coordinating and overseeing the activities all over Sweden.

The ALL DIGITAL Week campaign 2019 managed to mobilize events at 148 locations around Sweden, with 1,246 kilometers between the two who were furthest apart! From Harads in the north, to Skurup in the South. Altogether the organizers created 510 events that gathered 9,000 visitors.

Some events were mini-fairs where visitors could get help with different e-services from providers such as municipalities, bank offices, publishers and local authorities. In Fagersta, the library chose to place the mini-fair in a central service residence. Here is a quote from the organizer in Fagersta:

“The target group was computer-friendly seniors who could get information and help with digital services. On the spot was 1177.se (an online health guide service), Swedbank, Mittmedia and Fagersta-Posten (a media group with the local newspaper), VL (Västmanland’s local traffic) and several people from Fagersta municipality. The municipality, among other things showed, how to submit citizen proposals digitally and the possibility of getting IT help via a library or the municipality’s computer café.” (Fagersta)

The city library of Piteå arranged pop-up libraries at Coop (a local grocery store), the hospital and at a mall. The organizers in Piteå say that: ”Visitors had been pleasantly surprised when they found out that you can book IT tutorials for free at the library and that the Biblio and press-reader app is free.”

Another library (in Aneby) writes from its drop-in that it is was an opportunity for ”some a bit shy seniors who brought their mobiles and took the opportunity to ask for help.“ 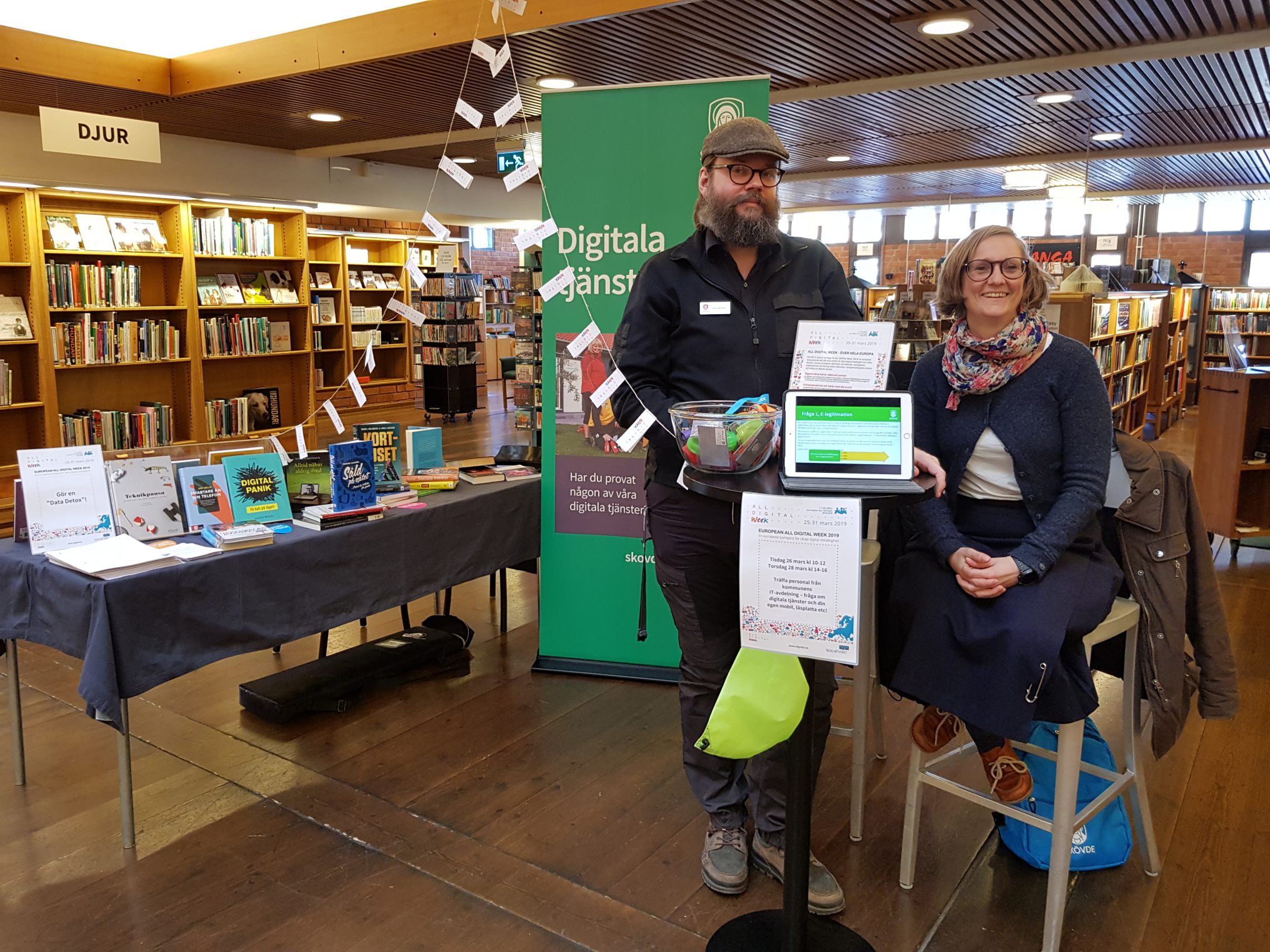 Top three common questions during the ALL DIGITAL Week 2019 in Sweden:

The highlight of 2019 was all the successful cooperation practices that took place in different regions. Libraries, municipalities, NGO:s, media groups and local bank offices came together and created welcoming spaces for visitors to safely, and in their own space, onboard various digital applications. Another highlight was the different mobile solutions that brought a ”pop-up-digital-helpdesk” to various places in the countryside of Sweden.

Sweden ALL DIGITAL Week 2019 has  their own MAP OF EVENTS

The event was extensively promoted through online and traditional media, with 850,000 people reached. Here are some examples: