Remember those days when people used to say that technologies were the future? Well,  the future is now. We live in a time when machines are getting smarter, computers are getting better and robots can maintain a whole conversation or even receive the citizenship or go to Mars.

Technology is all around us; it is impossible to avoid, and it has its perks and downsides. Even though it is improving our lives immensely, its constant rapid changes are terrifying many and leading to exclusion, but also the amount of fake news, hate speech and social media abuse is escalating.

So, this year, the ALL DIGITAL Week focuses on two major themes: helping people build trust in technology by developing critical thinking and media literacy, including being aware of issues mentioned above; and develop a lifelong learning approach to enhancing digital skills in an ever-changing and increasingly digital-oriented economy.

This year’s campaign is supported by Certiport, a Pearson VUE business, and 26 national partners across Europe. In the week of 19-25 March, National Partners will bring the ALL DIGITAL Week campaign to their countries, addressing digital and media literacy, online safety, cybersecurity, coding, and many other themes connected to digital skills and technology. To do that, the partners will organize, conduct and disseminate different types of online and offline activities, foreseeing to involve at least 80,000 people.

Anybody can join the Campaign 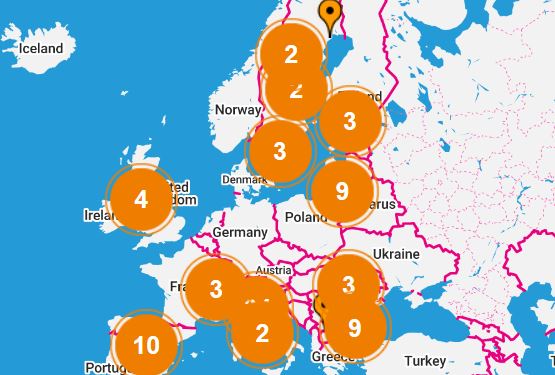 National partners are to lead the campaigns in their countries, but ANYBODY can join the campaign, even if there are no national partners in your country. You can organise an event yourselves and let us know about it by adding it on the ALL DIGITAL Week Map.

After the event is conducted, you can go back to your form and describe how it went – let us know your impressions, share participants feedback and photo

s. All event organisers will receive the certificate and can automatically enter the contest for the Best training or Best promo event, the winners of which will be invited to attend the ALL DIGITAL Summit in Brussels in October.

You don’t know which events to organize? Browse our RESOURCES for inspiration, you can also get some hints from our national partners there.

Also, don’t forget to register your support of the campaign by using the online GET REGISTERED counter. During the Week, all the numbers of participants will be shown on the campaign’s homepage

For the first time this year, the campaign will be held in Finland thanks to our collaboration with two new partners – Bildningsalliansen and Make it Finland. Bildningsalliansen is launching the Week with a large public event in Helsinki. The three floors of a house in downtown will be filled with three different programme channels, including a code corner, a game corner, key notes, dialogue, pop-up presentations live podcasting, youtubing and other interactive programme points. Make It Finland and its partners will organise a Make It Festival and will run workshops in libraries and schools on fake news, programming, VR & AR, etc.

After a few years, the campaign is coming back to Bulgaria. Global Libraries – Bulgaria Foundation, the first-time National partner, is organizing activities that will include e-skills testing, IT career guidance training, seminars on online safety and online skills for people over 60, among other events.

This year, we also have a new national partner in Macedonia – iVote Foundation, working in collaboration with our partner in previous years Open the Windows. They will organize public events, presentations, debates, seminars that will involve various stakeholders, but the targeted groups are young people and people with disabilities.

We are also pleased to have CTC Rijeka stepping up as a new national partner in Croatia, bringing all the experience of organising the campaign at regional level in all the previous years. It will develop activities for their event organisers on three bases: build personal responsibility and promote media and digital literacy; use digital tools to improve the chances in the increasingly digital society; and learn new digital skills.

What is planned in various countries?

Here are just the glimpses of events and activities planned by other national partners to give you an idea of the diversity of the ALL DIGITAL Week. By clicking on the links you can get the full description.

In Spain, the Spanish Association of Telecentre Networks, as before, coordinates the campaign through its 11 networks. The Spanish National Partner developed several activities for the promoters of the campaign. The activities have been programmed from the different networks that form the association and include workshops, webinars, talks with experts.

A joint digital skills and services promotion campaign will be organized by National Digital skills Coalition in Latvia, led by LIKTA, together with other partners.  Traditionally events will be organised across the whole country or broadcast, they will include secure use of the Internet and data privacy, youth ICT, digital skills and services. In Romania, EOS Romania Foundation, involves 100 partners in the campaign to deliver training on on First Click, ICT and Entrepreneurship for Women, Digital skills for seniors, and Minecraft for Education courses.  Stiftung Digitale Chancen (SDC) is the German National Partner and will conduct multipliers training events and will teach senior citizens how to use tables. SDC will lead the campaign with the support from Scientific Institute of the Technical University of Dortmund and 21st Century Competence Centre. 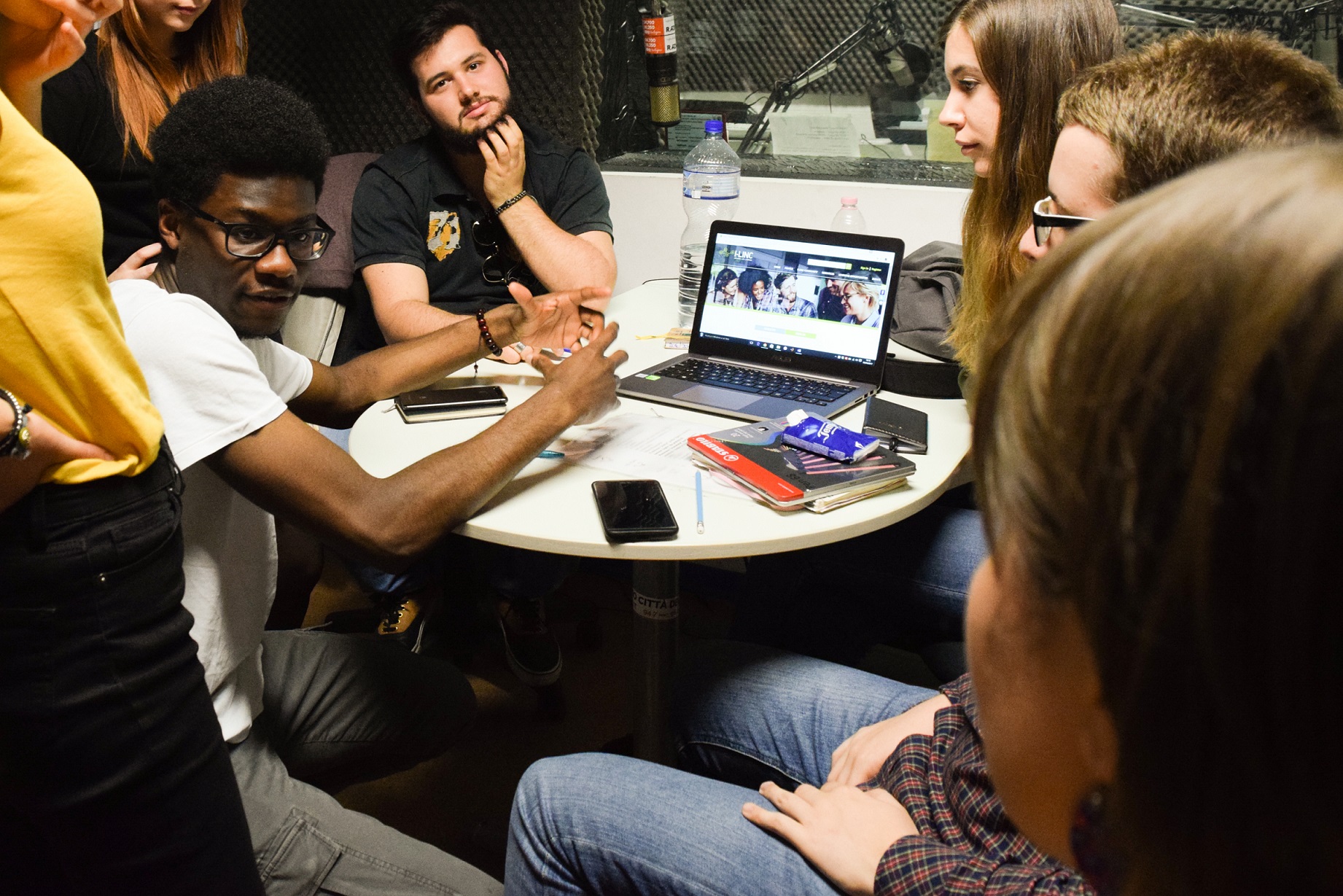 In Italy, ALL DIGITAL Week 2018 happens in collaboration between ERVET and Fondazione Mondo Digitale (FMD). ERVET will coordinate a wide range of events from promotion of Coding Camp for Girls and digital library service Emilib to Open FabLab session, Apps for Carers workshops for educators and students. FMD will organize workshops in schools on coding, gaming, robotics and events on digital entrepreneurship and digital arts. Föreningen Sambruk and Digidelnetverket, coordinating ALL DIGITAL Week in Sweden, offer a variety of information & training sessions for drop-in’s, including beginner’s classes on ICT skills for employment, as well as protecting e-ID and fostering trust in e-services. Simbioza Genesis Social Enterprise, in Slovenia, plans activities in three ways: through primary schools with pupils and seniors; with senior citizens in an innovative lab of technology Simbioza BTC City Lab; and in Digital Academy with young people and adults.

Though involving people of all ages, still the main focus will be on young people in Albania, Portugal, Russia, and Serbia.

Thus, Albania, through AIS, will focus in involving young people in using the Internet in the most efficient way and will organize meetings in different schools.T 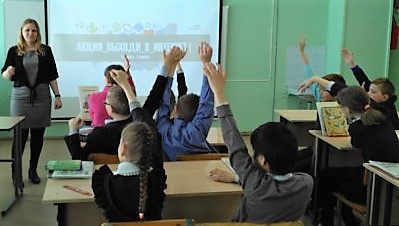 voy Kurs: IT for Youth project in Russia, and its partners as in previous years, are organizing diverse events across the whole country: school codethons, competitions, e-skills testing and IT career guidance training, online safety seminars, meetings with the leaders of IT companies and video lectures for school kids. In Serbia, International Aid Network’s main partners will be 150 schools with ICT training and workshops, coding classes, online safety and e-Participation events. In the westernmost country of Europe, the Programa Escolhas represents Portugal as a National Partner. Some of the planned workshops are on 3D printing, building a robot, social networks for the elderly, Internet of Things, cyberbullying, and Scratch marathon.

In the following countries the campaign will have a stronger focus on online safety and digital media literacy. For the second time the campaign will be held in Switzerland, and National partner Ynternet.org puts the emphasis on promoting responsible behaviours in digital environments. They ha 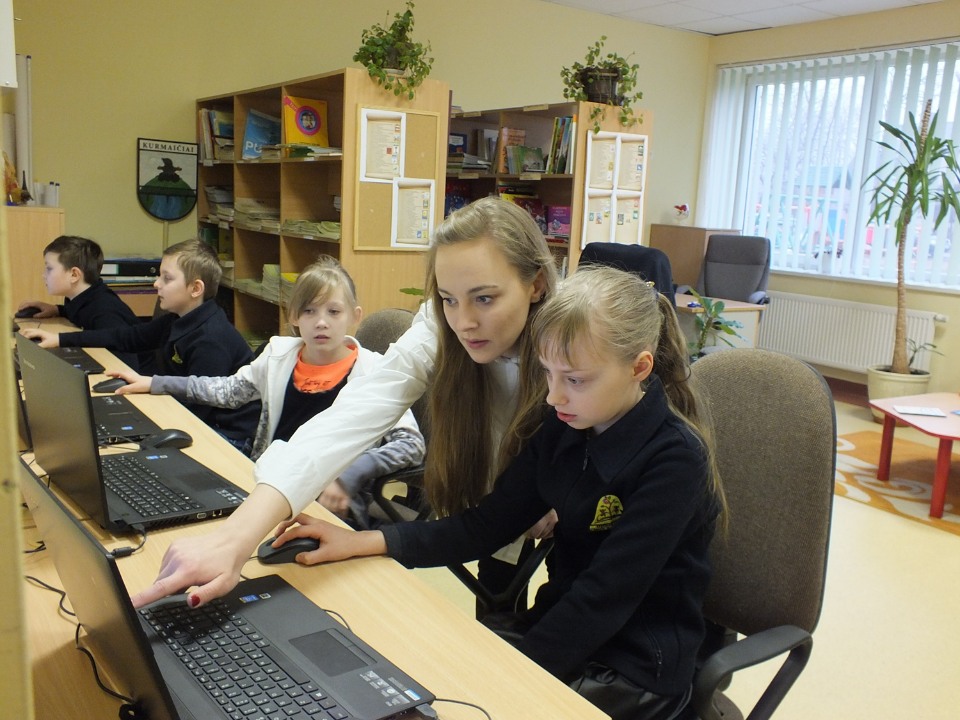 ve also partners with TEDxGeneva, and the flagship event will be the TEDx “And the day after?”. In Lithuania, with Langas į ateitį as a national partner, the main activities will include training and awareness raising for safe use of social networks and e-services, anti-bullying campaign, promotion of General data Protection Regulation for citizens and organizations.  In Poland, Information Society Development Foundation have developed ready-to-use scripts for meetings for their partners. This year they are ‘Think critical, beware fake news’ where the participants will learn how to identify fake news and how to assess the reliability of information. The two main topics for the ALL DIGITAL Week 2018 in Denmark are Cybersecurity and ‘How to die on the internet’. As in previous years, Telecentre-Danmark will produce a TV programme focusing on practical use, legal aspects and rights pertaining to these functions.

What are you planning for the ALL DIGITAL Week?  Join the campaign and put your event on the MAP!